If you are a champion of freedom, liberty and the 2A, do not let this go unnoticed.
By Nick WMarch 10, 2022Updated:April 11, 20221 Comment7 Mins Read
Facebook Twitter LinkedIn Email 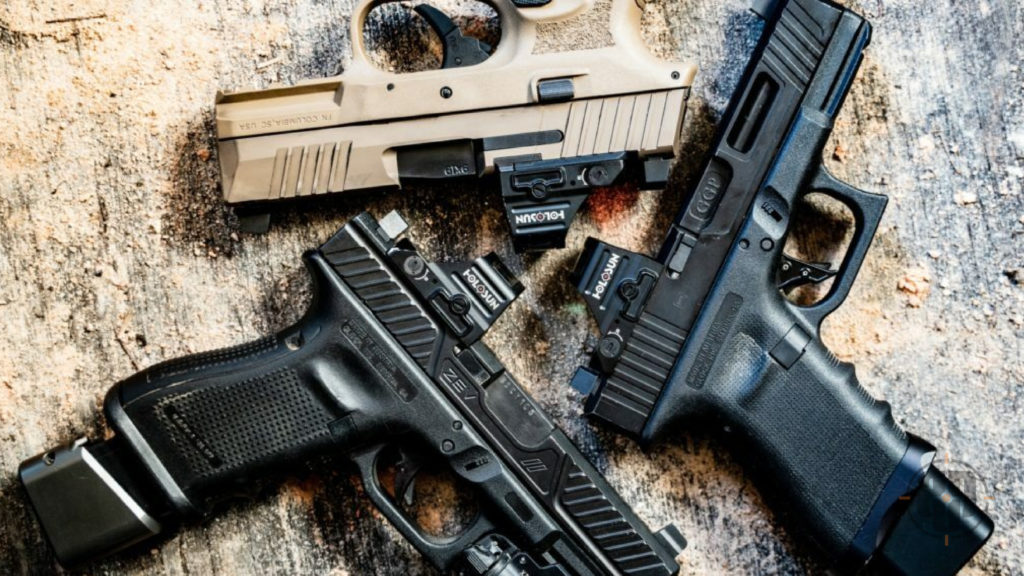 The Bureau of Alcohol, Tobacco, Firearms, and Explosives (ATF) is compiling firearm transfer records from out-of-business firearms dealers and saving them in an organized, searchable firearm registry in violation of US law.

American citizens across the nation need to take notice and stand united against this infringement of 2nd Amendment liberties.

The Bureau of Alcohol, Tobacco, Firearms and Explosives (ATF) is compiling firearm transfer records from out-of-business firearms dealers and saving them in an organized, searchable database in violation of US law. It is illegal for the federal government of the United States to compile a registry of firearm owners.

American citizens across the nation need to take notice and stand united against this infringement of 2nd Amendment liberties. Gun-owners and non-gun-owners alike need to denounce and stand against this type of government overreach that will inevitably lead to the degradation of American freedom as we know it.

The ATF’s database contains over 900 million records according to a letter published by the ATF that was addressed to U.S. House of Representatives member, Michael Cloud. According to this letter, “In total, ATF manages 920,664,765 OBR (out-of-business records) as of November 2021.”

Also Check Out: Yet Another Gun Control Bill Wasting Money, Attacking Our Rights

Nearly 1 billion individual records including the names, home addresses, social security numbers, as well as identifying indicators such as height, weight, and race of firearm owners across the country are contained in this database. The information in this database comes from ATF Forms 4473 collected from Federal Firearms Licensees (FFLs) that have closed for business.

Here’s Why This is Illegal

Section 103(i) of the Brady Handgun Violence Prevention Act passed by Congress and signed into law in 1993, explicitly prohibits the creation of a firearm registry. The ATF is using its collection of out-of-business firearms records to illegally create a firearms registry targeting American citizens.

This type of registry allows the Federal Government easy access to gun owners’ personal information. Should the government decide to execute any type of search and seizure of firearms, the necessary information will be right at their fingertips. This is a blatant invasion of privacy and a clear infringement of 2nd Amendment liberty.

Governments around the world have gone here before. What do Nazi Germany, Canada, the United Kingdom, and Australia all have in common? Their Governments compiled a firearm registry in the name of “public safety” that eventually led to the restriction and prohibition of the vast majority of firearms in their countries.

Law-abiding patriots all over the country are enraged at the careless disregard for gun owners’ rights that has been displayed by the ATF. The potential for unconstitutional abuse of this database presents a clear and present danger to the Second Amendment rights enshrined by our United States Constitution.

According to a 2016 U.S. Government Accountability Office (GAO) document, this recordkeeping act is “in compliance with the 2012 appropriation prohibiting the use of funds for the consolidation or centralization of firearms records.”

We all know that the ATF has not always complied with the law. This same document from the GAO is titled, “ATF Did Not Always Comply with the Appropriations Act Restriction and Should Better Adhere to Its Policies.”

The ATF has made a habit of inconsistency in its policies and legal compliance. The GAO found that half of the ATF firearm records systems that were audited were being carried out illegally.  Some of the compliance issues have since been addressed, but it is clear that the ATF is anything but legally compliant in its recordkeeping of gun owners’ personal information.

ATF Registration Dates Back Over 20 Years

Out-of-business FFLs are currently required to keep and turn in 20 years’ worth of records.  A new 2021 proposed rule change would extend these record retention requirements from 20 years to indefinite. FFLs would be required to retain and submit gun owners’ personal information for the entire time they are open for business.

The written, legal purpose of the out-of-business FFL record collection is for the tracing of firearms used in crimes after a FFL has closed for business. While this purpose seems to be of noble intention, the risk that this poses to the overwhelming majority of gun owners who only act in good faith vastly outweighs the practicality of this purpose.

Former and current government officials have not tried to hide their visions of having a gun registry that will allow for easy access to gun owners’ information. Some politicians are more outspoken than others when it comes to contradicting and denouncing Second Amendment rights.

For the politicians who are sneaky enough to hide their anti-freedom intentions, a hidden gun registry is a way to make a long-desired, illegal firearm registry come to fruition.

If the Biden Administration is able to have its way with an assault weapons ban, the ATF will use this database to target American citizens carrying out their Second Amendment rights.  Supporters try to hide their intentions, but from the beginning of their campaign, Joe Biden and Kamala Harris have both been clear about their intentions regarding the Second Amendment.

In an exchange with Anderson Cooper in 2019, Joe Biden confirmed that he was coming after legally-owned guns. When asked by Cooper if a Biden Administration meant that they would be coming after guns, he responded, “Bingo! You’re right if you have an assault weapon. The fact of the matter is, they should be illegal, period.”

It’s no secret that one of the top-tier items on the liberal agenda in the United States is to remove legally-owned guns from the hands of American citizens.

What Can We Do?

Gun owners have rights, and they deserve to have fighters and champions who will defend those rights. Big Daddy Unlimited (BDU) is committed to the freedoms and rights that America promises its citizens.

BDU believes that these databases infringe on the rights of our members and we promise to do everything in our power to prevent our members’ personal information from ever entering into the ATF’s firearms database.

There are ways that you can stand united against those who wish to infringe on the 2nd Amendment and our freedoms as American citizens. Share this article and get the word out about the ATF’s Secret Firearm Registry. Join advocacy groups such as Big Daddy Unlimited, Gun Owners of America and the National Rifle Association. Send an email or make a phone call to your local representatives, share this article, and let them know that you oppose the ATF’s attempt at creating a secret firearm registry.